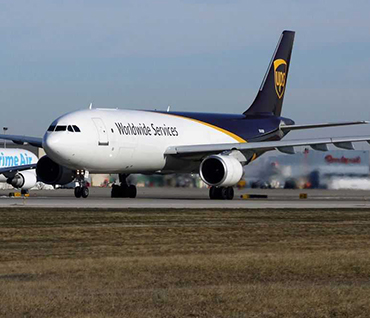 Business is so brisk that the airport authority went from planning a 90,000-square-foot facility last October to now building an international cargo center with 190,000 square feet of warehouse space,  a ramp to accommodate six additional Boeing 747 freighters and a new road to make it easier for trucks to reach the facility.

The Illinois airport has more than tripled cargo tonnage in five years. It was named the fastest-growing cargo airport in the world, and 19th-busiest U.S. airport for cargo in 2019, by Airports Council International. December was, by a wide margin, the largest month ever in cargo landed weight, according to minutes of the airport authority’s January meeting.

Many secondary airports have attracted new cargo business from freight transport providers looking for faster, cheaper shipment processing than is available at big airports where passengers are the focus. Infrastructure and service issues have been exacerbated during the COVID-19 pandemic as ground handling companies reduced workforces to cope with lost airline business at the same time the frequency of all-cargo aircraft substantially increased, creating multiday backlogs for picking up cargo.

O’Hare International Airport has experienced some of the worst congestion in the nation at various times during the past year. Ryan said Rockford is capturing some cargo business from O’Hare in addition to the new opportunities.

Rockford is home to North America’s second-largest UPS (NYSE: UPS) hub, which continues to increase the number of daily flights. In the fall of 2019, RFD completed a $12 million cargo terminal expansion to accommodate Amazon Air (NASDAQ: AMZN). Last summer, Senator International began weekly charter service from Frankfurt to Rockford, which triggered contracts with other logistics companies and carriers for handling full planeloads of inbound and outbound international cargo, according to the airport authority.

On March 1, DSV/Panalpina began weekly charter rotation between Shanghai, China and Rockford. DB Schenker and DSV/Panalpina are the third- and fourth-largest airfreight forwarders by metric tons.

The first cargo building and two of the six aircraft parking spots are scheduled to be complete and operational by July 1, the airport authority said in a news release last month. The rest of the project is expected to be completed by November. Officials plan to use federal airport improvement grants to help pay for the new facilities.

The airport has arranged with Emery Air, a local aircraft handling company currently located at RFD, to operate the new facility. Ryan said Senator has subleased 60,000 square feet in the first building. DB Schenker is taking 50,000 square feet in Building Two. Both logistics companies have contracted with Emery to handle their aircraft and cargo.  Emery is leasing the remaining space to service other airlines and freight agents.

Ryan noted that the forwarders are committing to long-term leases, underscoring “their intention to stay and grow at RFD.”